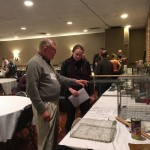 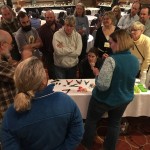 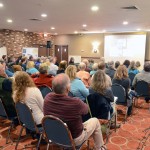 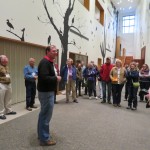 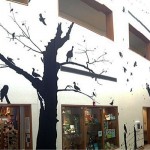 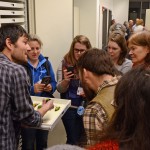 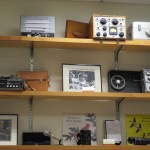 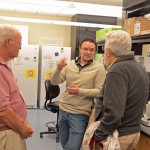 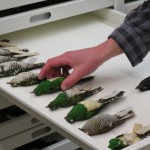 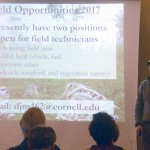 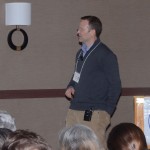 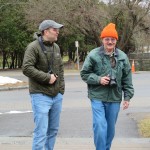 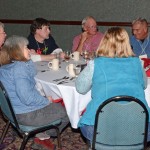 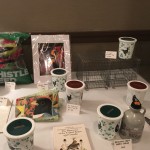 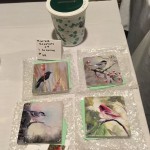 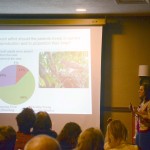 On Saturday evening, Dr. David Bonter, the Arthur A. Allen Director of Citizen Science at the Cornell Lab

of Ornithology will deliver a talk titled “(B + I * U) = QS  Banding Plus Inquisitive Undergrads Equals Quality Science.”  Dr. Bonter will reflect on a decade of mentoring undergraduate students at Cornell University and the importance inspiring them with field work. Dr. Bonter received his Ph.D. in 2003 from the University of Vermont and has been working at Cornell University since 2002 starting as the leader of Project Feederwatch.  His research interests include the reproductive biology of gulls on Appledore Island, Maine; optimal foraging behavior of songbirds in winter in the Ithaca New York area and migration at Braddock Bay Bird Observatory in New York.  He also teaches courses on citizen science and field methods of bird banding.

After our Friday dinner we’ll head over to the Cornell Lab of Ornithology where Dr. Irby Lovette, the Fuller Professor of Ornithology, will provide us an overview of the Lab’s activities and research and we’ll be able to tour the facility at Sapsucker Woods.

We are pleased to be hosting several workshops during the meeting this year.  Currently scheduled topics include the construction of various metal traps, guidance and understanding of molt limits to make accurate age determinations, Cornell’s Project NestWatch for banders.  The sessions will be drop in throughout Friday afternoon.  For our most current list, please see HERE.

Joe Welklin: Hormones: the hidden mechanisms behind differences in within and among species behavior.

Liz Bergen: Getting of the ground: establishing a study of interactive signaling in satin bowerbirds.

David Brinker: Rise and fall of Northern Goshawks (Accipiter gentillis) in the Central Appalachian Mountains: Is there reason for conservation concern in the Northeastern U.S.?

Gerardo Soto: Conservation of the threatened Valdivian Temperate Rainforest: Understanding habitat quality for the Magellanic Woodpecker for its use as an umbrella and flag species. 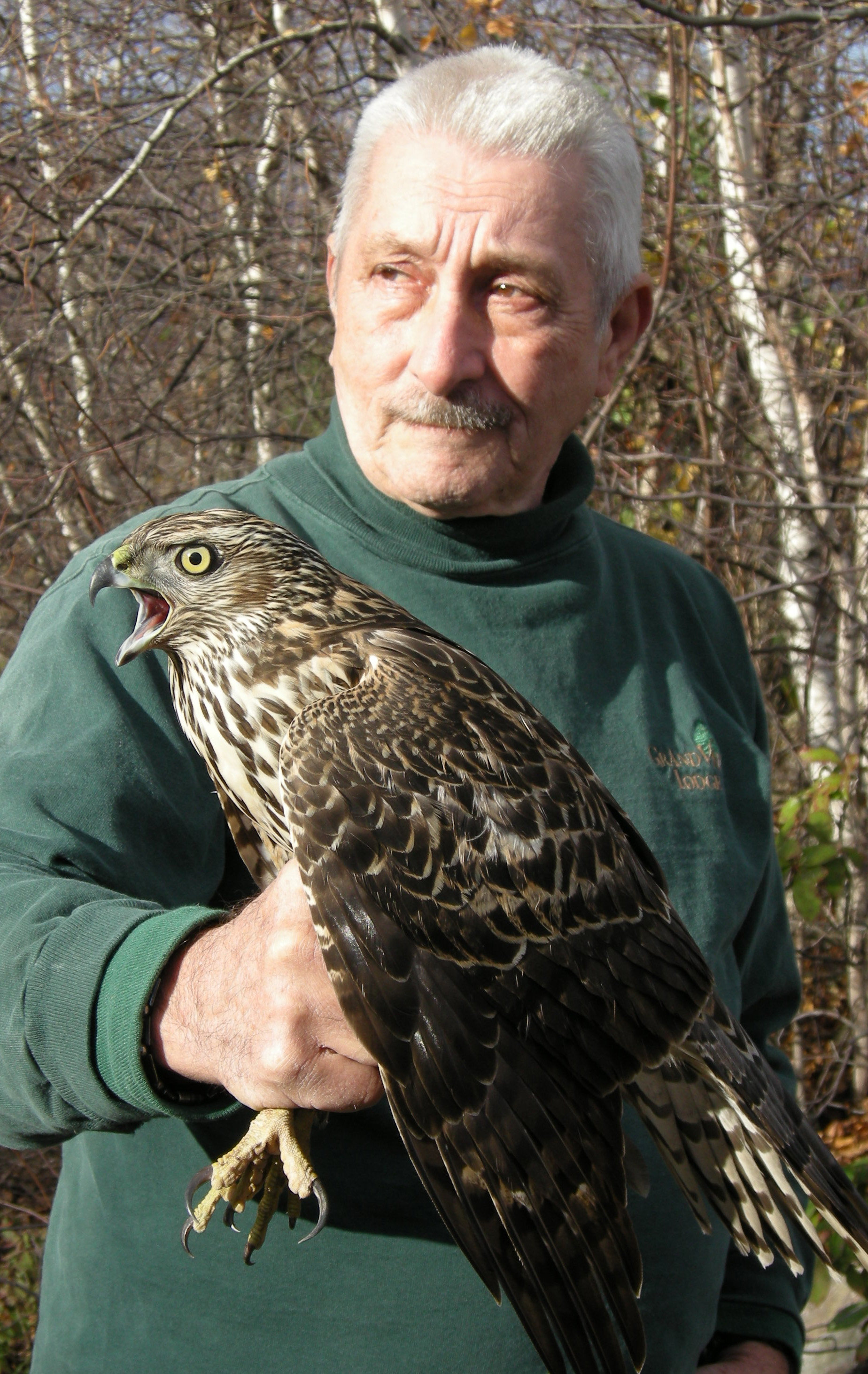 me EBBA members were elected to Honorary Memberships at our meeting- Gerald Lahr and Elizabeth Brooks.  Gerald “Jerry” Lahr has been banding since 1977 and has trained over 25 banders.  He has collaborated with many researchers and organizations.  Jerry has given raptor banding demonstrations to over 2,000 middle school students all the while explaining the ecology of migration and natural history of the species encountered in the eastern United States.  Teachers  have always said it was a jaw-dropping experience for them, so much so that it was rated their favorite field trip.  He has also had various roles on EBBA Council for nearly 30 years, including serving as Secretary from 2011-2017.

Elizabeth “Betsy” Brooks has been involved in avian research since 1969 when she started a nest project for the Cornell Lab of Ornithology.  She has driven the 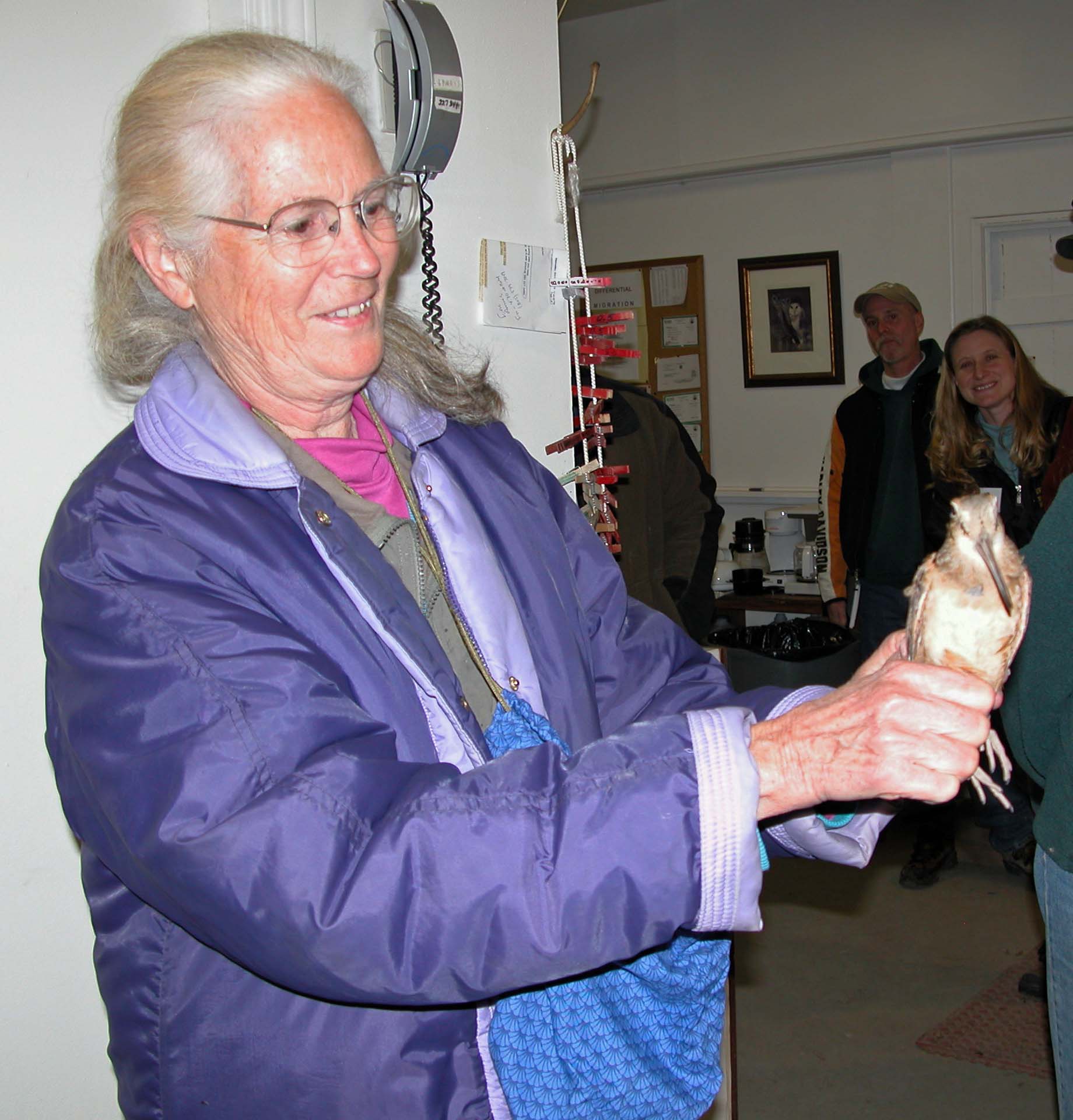 same Breeding Bird Survey route for 44 years and received her master banding permit in 1975.  She has been banding at the Braddock Bay Bird Observatory since 1985 where she established many banding training classes and was part of the group that founded the North American Banding Council.  Betsy has served on EBBA council for 21 years, twice as president and currently is chair of the Memorial Grants Committee and she coordinated the Atlantic Flyway Report for 27 years.

We invite submission of abstracts for the poster session at the 2017 meeting of the Eastern Bird Banding Association.

Posters can reflect original research, summarize existing information, address the use of banding as a tool in avian research and monitoring, present improvements and innovations in banding, or explore novel ways of using banding to teach and communicate science to the public.  We especially encourage abstracts addressing research in which banding was an essential component, but will consider submissions from a broader spectrum of research as well.

The poster session will be in the late afternoon on 25 March (Saturday), and offers an opportunity to network with a community of avian researchers and banders from the eastern United States and Canada.

Though subject to change,a tentative agenda for the weekend’s events can be found HERE.